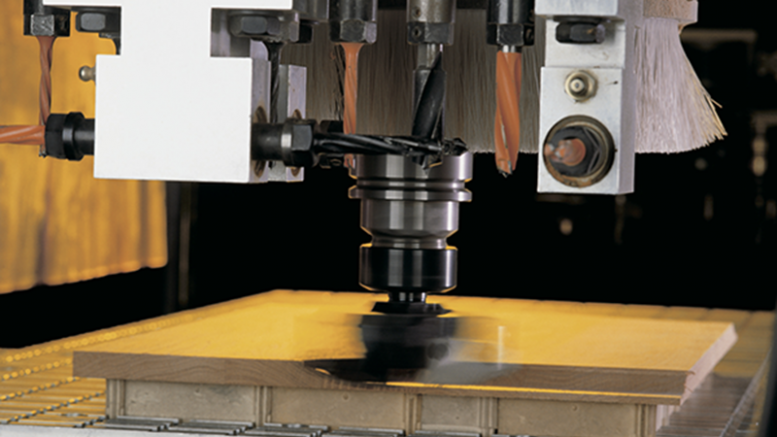 The July-September period reaffirmed the current industry trend, characterized by consolidation after strong growth in 2017. After major investments in Italy and abroad in recent months, woodworking and wood-based materials companies finally have a new and updated fleet of equipment. As a result, the need to invest is now decreasing. This consideration is essential to analyze the results for the third quarter 2018 processed by the Studies Office of Acimall, the Confindustria member association that represents the manufacturers of machinery and plants. On the whole, figures indicate a slight slowdown of orders, although Italian companies are substantially “holding on” and keep showing great vitality, achieving an expansion of domestic orders 14.7 percent higher than the same quarter in 2017.
The “sore point”, if you allow this definition, is represented by foreign orders, down by 10.9 percent in the July-September period of this year, compared to the same quarter of last year. On the whole, orders in Q3 2018 decreased by 7.7 percent. Such reduction, however, is explained by what we said at the beginning, namely that 2017 was a “wonderful” year for Italian export, with a trend that could not last forever. It is also worth noticing that turnover in the third quarter, according to Acimall surveys, increased by 12.2 percent over the same period in 2017, thus reaffirming the good health of the industry. The orders book has extended to 4  months (from 3.1 in the previous quarter and 3-4 in January-March), while prices as of January 1st have slightly increased by 0.5 percent (0.4 percent on June 30).

QUALITY SURVEY
Looking at the results of the quality survey for the period under scrutiny, we can see that 44 percent of respondents indicate a positive production trend. The same percentage of business owners indicates a stationary trend, while 12 percent reported a reduction. Employment is stable according to 61 percent of the sample (versus 67 in the previous quarter), while there is no variation in the share of respondents who indicate an increase (33 percent, the same as in April-June); unfortunately, 6 percent reported a reduction of employment (the share in the previous quarter was 0 percent). Available stocks will remain stable according to 61 percent of interviewed companies, while 22 percent expect a decrease and 17 percent an increase.

FORECAST SURVEY
The survey sample offered interesting hints about the “near future”: 17 percent believes in an expansion of foreign orders (the same percentage as in the previous quarter), while 56 percent expect a stationary trend and 27 percent fear reduction (versus 11 percent three months ago). The balance is negative at minus 9, versus plus 6 in April-June and plus 29 in the first quarter of the year. Expectations are basically the same for the Italian market: 67 percent indicated stable orders (versus 83 percent three months ago), while 27 percent expect a reduction (it was 11 percent in the previous quarter). So, the balance is negative by 21 points, compared to minus 5 in April-June and plus 11 in January-March.

“It was not difficult to imagine this situation”, said Dario Corbetta, Acimall director. “There are clear topics emerging, including the uncertain political situation in Italy and the expectations for the impact of the budget law on real economy. The confidence of companies is also undermined by the EU’s rejection of the Italian fiscal law. However – Corbetta concluded – the Italian industry of wood and furniture technology is experiencing a positive season, despite big pending issues in the background, first of all a company size that does not sup