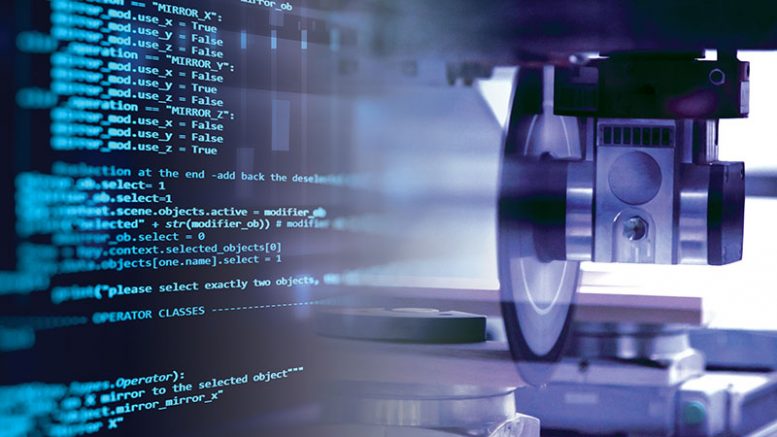 In the July-September 2017 period, orders increased by 42.9 percent. Very well! Summing up, that’s the trend of woodworking and furniture industry technology according to the results of the periodical trend survey. The figures processed by the Studies Office of Acimall, the Confindustria member association representing woodworking industry companies, are clear: the third quarter 2017 closed with an order increase by 42.9 percent compared to the same period of last year (it was 31.9 percent in April-June, based on a comparison between the same quarter this year and last year).

An excellent trend was also recorded by foreign orders, achieving 51.5 percent growth (versus 34.8 in the previous quarter); Italy also did well – after some “second thoughts” at the beginning of the year, waiting for the application guidelines of the recent “Industria 4.0” plan by the Italian government – with orders up by 19.7 percent (versus 18.7 in Q2).

So, as largely expected, the supporting measures for our industry are now showing their impact, to the benefit of technology vendors on one side, who are expanding their orders books, and of the entire supply chain on the other, which is restoring an adequate fleet of equipment to increase its competitiveness, after one decade of missing investments.

The survey by the association of woodworking and wood-based materials machinery manufacturers reports an orders book spanning 3.4 months (versus three in the previous quarter). Since January 1, prices have recorded a stable trend, at 1.1 percent (up from 0.9 last June 30); turnover increased substantially, by more than 17.5 percent compared to the July-September 2016 period. 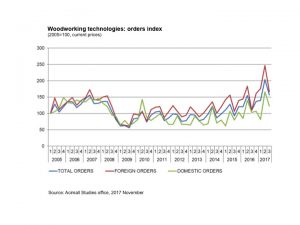