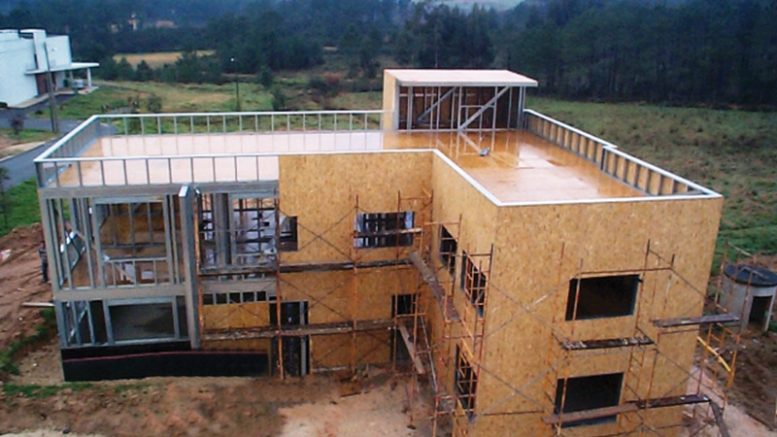 After presenting the North American panel market, we are now focusing on South America. Also for this region, we will start with a geographical remark: with South America, we refer to all countries lying south of the Panama Canal.

And just like North America, also this market is dominated by big forestry groups, which have their core business is forest resources and, over the years, have gradually stepped into the wood-based panel market, including particleboard, Mdf, plywood and Osb. We also have to consider that, due to the nature of their business, many forest groups export huge volumes of chipped wood for panel production to European and Asian (Turkey) countries. According to Fao statistics, in 1990 the global production of wood-based panels, including particleboard, plywood and fiberboard (both HB wet and Mdf dry processes) amounted to 125 million cubic meters.
South America had a share of 6.5 million cubic meters, just above 5 percent, in line with total population, which was 5.4 percent of the global population of 5,978,000,000. In the early Nineties production was still disseminated among several small and medium plants, especially for particleboard and plywood, with production capacities that never exceeded 400 cubic meters daily for particleboard.
Later on, significant developments occurred in this market, and like in Europe, new plants with continuous presses and large production capacity were built. We can mention big Chilean groups such as Masisa and Arauco, and Brazilian manufacturers Duratex, Placas do Paranà, Berneck and Eucatex. In 2017, the Arauco group acquired most plants of Group Masisa, both in South America and in Mexico.

At the beginning of 2018, the global production capacity of particleboard, Mdf and Osb is slightly above 250 million cubic meters, whereby 18.5 million are made in South America, i.e. 7.4 percent. It’s also interesting to notice that big European groups are active in South America, such as the Italian group Saviola represented in Argentina by Sadepan Latinoamericana and Austria’s Egger which has recently acquired the Concordia plants from Masisa. The Portuguese group Sonae has been operating in Brazil for almost twenty years, and in 2016 they closed a joint-venture agreement with the Chilean group Arauco to become the world’s second largest panel group with a production capacity of more than 10 million cubic meters annually. Interesting news in early February announced a binding agreement with an exchange of shares between the Brazilian giant Duratex and another Brazilian producer, Eucatex, for a total value exceeding 60 million BRR. Similar to North America, also in South America the suppliers of continuous presses are the two German leaders Dieffenbacher and Siempelkamp; the “Panel Alliance” companies are also very active in this market, including Italian group Imal/Pal/Globus, Spain’s Recalor, Vincke from Belgium and another Italian actor, Cremona-based Trasmec.

Particleboard
Just a few figures to illustrate the particleboard industry, traditionally focused on applications in the furniture business and related segments. Global capacity expected in 2018 with new plants under construction reaches up to 108 million cubic meters. Total production in South America at the end of 2017 was 6.93 million cubic meters and forecasts based on the commissioning of the new plants planned in Brazil by the end of 2018 reach up to 8.9 million, meaning 8.2 percent of global production. More than 66 percent of particleboard production capacity is located in Brazil which in recent years has massively increased its capacity with new plants all equipped with continuous presses. Far behind in the ranking, Chile with 844 thousand cubic meters/year, Argentina with 795 thousand, Ecuador with 380 thousand, Colombia with 261 thousand and Venezuela with 120 thousand. In Peru there is only one plant operated by Tableros Peruanos S.A. (Tapesa) in Trujillo, which went into liquidation in early 2017, after Grupo Martin had acquired the Spanish plant of Tablicia and started to import panels directly from Spain to Peru and South America. In Colombia, in February 2018, the historical company Pizano has gone into liquidation.

MDF panels
We can say that this type of panel, made from wood submitted to a process of shredding and dry pressing, was born in the United States, while particleboard has German origins. In 2006, global Mdf panel production amounted to 47 million cubic meters while South America produced 3.47 million cubic meters, i.e. 7.3 percent; in the same year, European production (EU 27 + non-EU 27) was four times larger, equal to 15 million cubic meters. Let’s compare this figures with current forecasts for 2018, 12 years after 2006. This will be the first year when global Mdf production is exceeding particleboard; according to forecasts, capacity will top 108 million cu.m., almost 50 percent in China alone, 27 percent in Europe and over 11 percent in South America, close to 12 million cu.m. approximately. All manufacturers in the continent are South American companies, except Group Egger which has recently acquired a plant in Argentina. A number of new investments will increase Mdf production capacity significantly, including: Asperbras Agua Clara, Duratex Minas Gerais, Floraplac Paragominas,Placas do Brazil Pinheiros.

Osb panels
This type of panel, invented in North America in the late Sixties mainly for construction purposes, has never been much popular in South America. The first plant was built in Chile by the US company Lousiana-Pacif in Panguipulli in the Nineties, supported by the forestry businessman Marcial Aguirre Gonzalez. Later on, again LP, together with Masisa from Chile, built a modern plant with continuous press in Ponta Grossa, Brazil, and then another one in Chile. Production capacity amounts to 620 thousand cubic meters/year approximately; compared to over 33 million cubic meters of global capacity and close to 24 million in the United States and Canada, this is a minimum quantity and clearly a niche product.

Conclusion
We can draw positive conclusions about the South American market, in view of the significant capacity expansion planned, especially for Mdf panels. For sure, the market is heavily affected by the political situation of many countries and the US dollar trend, but in terms of industrial and forest resources this region is really stable and strong, with countries that keep investing in the wood-based panel business. Don’t forget that this is a potential market of with a population of 400 million and the furniture industry is constantly evolving. It is worth observing the arrival of new companies in the panel business, such as Asperbras from Brazil, that will start new Mdf production in Agua Clara, Mato Grosso. This group has decided to invest not only in Mdf panels, but also in forestry with the acquisition of 36 thousand hectares of eucalyptus forests, although its origins are in industries totally different from wood.