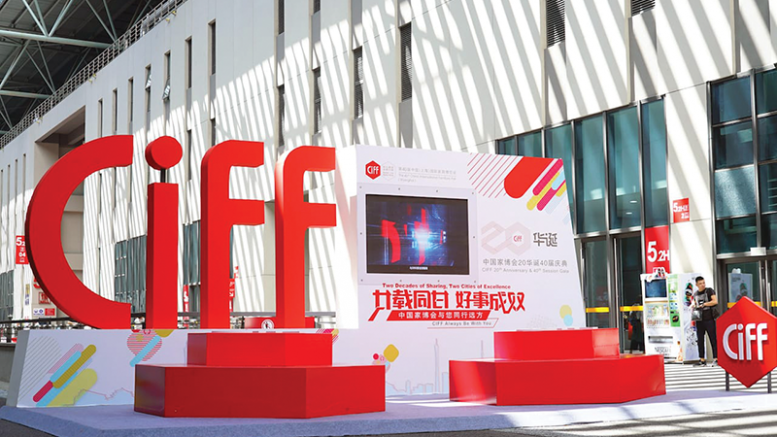 From next 10th to 13th September, Shanghai will be hosting the 1st edition of the Shanghai International Furniture Machinery & Woodworking Machinery Fair, a new event born of the collaboration between CIFF and WMF-International Woodworking Machinery Fair.
The exhibition is to take place in the gigantic fair district of Hongqiao – the National Exhibition and Convention Center – which will be hosting the greatest international kermesse dedicated to the furniture & woodworking sector. Indeed, two big events under the same roof: the first edition of the new event dedicated to woodworking technologies with more than 550 exhibitors over a floor of 53 thousand square meters and more than 1,100 machines on display, and the fourth edition of the furniture fair of CIFF Shanghai (440 thousand square meters, 2,000 exhibitors, over 90 thousand visitors, actually the 42nd if we include the Guangzhou editions).
Within an extremely complex sector fair landscape – and it couldn’t be otherwise, given the size of the Country – a new scenery is therefore being shaped, seeing a new event establishing itself as a point of reference, a veritable International platform which will not fail to summon all the greatest global manufacturers into Shanghai. And it isn’t pure chance that the new event enjoys the sponsorship of Eumabois, the European federation of furniture & woodworking technology and machinery manufacturers.

An important result, strongly willed by the trade fair organizations involved, who have created a massive show window displaying not only furniture but also everything that is needed for its manufacturing, from machinery to components, from automation down to surface finishing solutions, from large-scale industry lines to machine tools, without leaving out the big issues of bioenergy, wood building or forest work, and even padded products manufacturing machines and tools.
Many are the global leaders that have confirmed their participation in this first edition: from German giants Homag, Weinig, Siempelkamp and Wenhoener to big Italian groups Biesse and Scm, in addition to the most important Chinese constructors and operators, among which Nanxing, Jinan Restar, Yalian, Foma Group, Swpm, Lmt, Ruiwudi, Leke, Huajian, Yuantina, Lianrou, Hengkang, Fuyi and Zinqunli.
Two pavilions will house the exhibition – 7.1 and 8.1 – so creating a continuous floor displaying solutions for all needs: from traditional and “stand alone” machines to the most complex lines in full accordance with “Industry 4.0” philosophy. Indeed, China as well is witnessing the growth of the share of businesses competing on worldwide production scale grounded on strongly innovative technologies and on unmanned-production automation levels. The next edition of the Shanghai International Furniture Machinery & Woodworking Machinery Fair will be a clear demonstration of that the Chinese woodworking industry has made huge progress as to both the quality of the made-in-China machinery on display and an increasingly higher demand for high-profile solutions designed by German and Italian trendsetters.
The exhibition will include a wide section dedicated to two woodworking issues to which the market has lately been bestowing ever-growing attention: on the one hand, the big equipment for wooden-based-panel production and, on the other hand, the very first solid wood machining, two sectors in which the demand for innovation is particularly high.

The exhibition – which, as we will point out once again, will be an extremely vital part of the hugest event dedicated to furniture & furnishing hosted into the largest fair district in the world – was born of the organizers’ definite will to create a “leading event” on both the Chinese and Asian calendars. It is the result of the efforts made by the CFTE- China Foreign Trade Guangzhou Exhibition General Corporation (which has long been organizing both of the CIFF editions, the massive furniture exhibition that takes place in Guangzhou in March and in Shanghai in September, in collaboration with Red Star Macalline, leader in furniture distribution in China with over 260 malls, and with Adsale Exhibition Service Ltd., which, to this day, has organized the technology exhibition in the Chinese capital still in partnership with the China Foreign Trade Guangzhou Exhibition General Corporation.

So Shanghai is going to be the new capital of the furniture & woodworking sector. It is there that the organizers have merged their efforts and joined together the CIFM-China International Furniture Machinery, an event dedicated to technologies that already used to be part of CIFF, with the forces of the Woodworking and Furniture Manufacturing Equipment and The International Exhibition on Woodworking Machinery Supplies and Accessory, better known as “Beijing Woodwork Fair” whose latest edition – actually the sixteenth – took place in Beijing in June 2016.
A joint-venture that, in point of fact, is going to create a new international point of reference which the whole scenery of furniture and woodworking exhibitions shall take into account.

Shanghai is going to be the favourite show window by the international protagonists of the woodworking technology world, who are extremely interested in a massive market that has of late literally seen machinery and equipment importations boost. In 2017, technology purchases by foreign suppliers reached a worth of 537 million Euros, as much as 57.6 per cent more than the previous year. To play master, Germany and Italy, which last year sold machinery in the big subcontinent for 290 (165 back in 2016) and 84 million Euros (67 back in 2016) respectively.
The demand for the best European technologies is hence growing at an important pace, although the national production is becoming increasingly strong also thanks to the acquisition of some “big names” of the European production scenery. According to the latest data available, the demand for wooden panel manufacturing equipment practically doubled in 2017, while numeric control machine tools are currently booming.