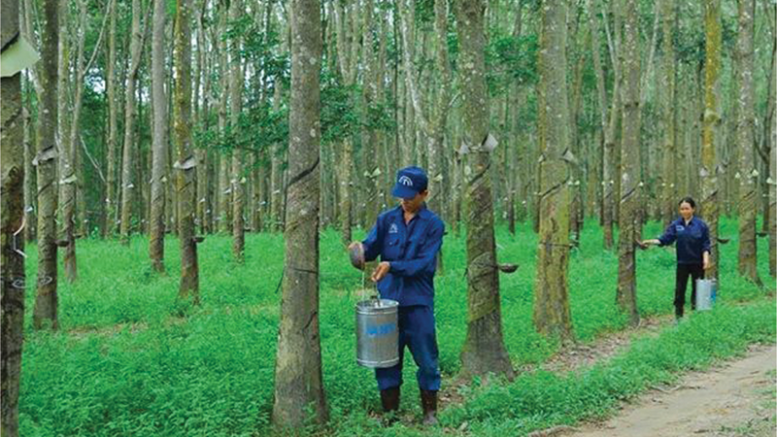 Unlike previous articles and continents, talking about Asia (except China that had a dedicated article and Turkey that was included in the European report) means presenting countries that are very different and far from each other, with hardly any consistence in terms of territory. Therefore, we will present the most important countries for the production of particleboard and Mdf and the latest specific developments. Before going into each country, let’s have a look at the overall capacity of Asian nations, which for particleboard in the year 2018 amounted to 16.357 million cubic meter, while capacity for Mdf panels was 15.896 million cubic meter.

IRAN
This country has huge potential with its surface five times bigger than Italy, equal to 1,640,000 square kilometers and over 80 million inhabitants. Iran has huge forest resources but the country has started to invest in panel manufacturing plants only in recent years, mostly installing used equipment from Europe. Currently, in Iran there are 23 plants for particleboard and 12 for Mdf; particleboard production capacity is just above one million cubic meter, while Mdf is 1.4 million. The first particleboard plant dates back to 1959 in Chamkhaleh, when even Europe had very few factories. Strict embargoes in recent years and recent import duties introduced by the United States are not encouraging the development of the panel market; however, import exceeds one million cubic meter Mdf panels annually from Turkey, Thailand, Malaysia and South Korea. An important memorandum of understanding was signed last year between the Turkish Mdf producer Agt and Qazvin Industrial Parks Company to build a new plant for Mdf and flooring production. Another new Mdf plant is planned by company Green Fiber, but this news has not been confirmed so far. Further investments in this industry will inevitably depend on embargo and trade sanctions applied to this nation.

The Islamic Republic of Pakistan has a population of more than 210 million and a 803,940 square kilometer surface, three times bigger than Italy. The economic situation and, consequently, investments in the panel business are heavily impacted by the conflict with India for control over Kashmir and the domestic fight between Islamabad’s “apostate” government and several Jihadi groups.

The biggest panel group in Pakistan is Zrk Industries, which has recently commissioned a new plant with a continuous press from Dieffenbacher; besides Mdf panels, this group has an integrated production of particleboard, panel lamination plants for melamine coatings and paper/resin impregnation lines.

The Republic of India is a federal state with an extension of 3.287 million square kilometer and 1,335 million population. India is one the world’s biggest economies, the sixth-largest for nominal gross domestic product, the third-largest based on purchase power parity (PPP) and one of the fastest growing. Looking ahead, it is the country with the fastest development rate in the panel industry, with several new Mdf and particleboard plants commissioned in recent years. In the Mdf industry, boasting a current capacity of 1.557 million cubic meter annually with 11 plants in operation, new plants with continuous presses are planned, including Greenply Industries Ltd. (400 thousand cubic meter), Indian Plywood, Century Plyboards Ltd. (200 thousand cubic meter). Again in the Mdf business, company Balaji Action Buildwell (Action Tesa) is planning a new line with 250 thousand cubic meter capacity, while another plant with the same capacity will be built by Rushil Decor. As in most Asian countries, also in India particleboard production is much smaller than Mdf. The particleboard industry is comprised of 17 manufacturing plants with an installed capacity of 1.074 million cubic meter annually. The country will soon see the launch of an interesting and unique particleboard plant using bamboo as the only raw material. The Indian company Artison Agrotech has closed an order with Germany’s Siempelkamp to produce 200 thousand cubic meter/year of particleboard. Artison Agrotech promotes bamboo as sustainable and fast-growing raw material, also suitable for Mdf production, scheduled later on.

Among all Asian countries featured in this article, Thailand is definitely the most interesting, in terms of production and technology, as well as history. It was a pioneer and an active promoter of Mdf panel production starting from the rubber tree as raw material.

Like the other four countries with the highest growth rates, namely India, Indonesia, Thailand and Vietnam, Malaysia boasts very high Mdf panel demand supported by strong activity in residential constructions. The country’s Mdf panel capacity amounts to 1.505 million cubic meter annually and no new investments are planned at present. An established players in the Korean group Dongwha with three Mdf production sites. Also the Evergreen group has three Mdf and one particleboard production sites, as well as three plants in Thailand and one in Indonesia, and communicated that they will increase their capacity in these countries further to become one of the top-ten panel industry players in the world. The group’s total capacity including particleboard and Mdf amounts to 1.31 million cubic meter/year. In the particleboard business, Malaysia has 2.242 million cubic meter annual capacity, and growing fast, compared to the year 2003 when annual capacity amounted to 1.138 million cubic meter.

Vietnam has achieved universally recognized targets of macroeconomic stability, international integration, poverty reduction (down to 13 percent), achievement of Millennium Development Goals through high growth rates. The reforms introduced in 1986 and joining the Wto in 2007 started a progress of gradual liberalization and opening of the Vietnamese economy, supporting sustained and constant growth. In 2017 Gdp increased by 6.81 percent (the target set by the Government was 6.7 percent). The manufacturing industry, mainly addressed to export and supported by strong investment flows, is the main growth driver and combines with the expansion of demand supported by the growth of domestic income. With a population close to 96 million and a workforce of 48 million, the country has an unemployment rate below 3 percent (2.24 percent in 2017). The country’s production structure and its position in the international value chains are reflected in the ranking of trade partners: China remains the biggest exporter to Vietnam, followed by Korea, Asean countries and Japan, i.e. the biggest investors in the country. The Mdf industry has benefited from huge foreign investments and has been supported by massive export to the United States. Two plants were built by the Korean group Dongwha using European technology, while another major local producer is group Vrg. Total Mdf panel capacity in 2018 will be 1.4 million cubic meter. More foreign investments came from the Japanese company Sumitomo in the particleboard industry.

South Korea is a country in East Asia located in the southern half of the Korean peninsula, with a total surface of 100,210 km2 (one-third of Italy) and 52 million people. Starting from the Sixties, South Korea achieved massive economic and social growth, turning the country into the world’s eleventh economic power (based on PPP) and the fourth-largest in Asia, after China, Japan and India. In 2015 and 2016, Gdp growth was 2.6 and 2.7 percent respectively, while in 2017 it reached 3.1 percent, below initial expectations but still above the Oecd average. Also in 2018, growth by more than 3 percent is expected. The trend of Korean economy is heavily affected by the trend of the main export markets, as the production system is strongly export-oriented. Further growth by 4 percent is expected in 2018. There are few Mdf plants but their productivity is very high; six plants in the country reach a total capacity of 2.113 million cubic meter annually. Like Turkey, most wood raw material is imported from other countries, mainly South-East Asia. The particleboard industry has only four plants, but their total annual capacity is one million cubic meter.

This country has over 127 million people over an area just slightly larger than Italy, 377,944 square kilometers. In 2017, based on figures from the Japanese Ministry of Finance, Japanese economy recorded an overall improvement, with real Gdp up by 1 percent. After eight quarters of consecutive growth, the country is struggling out of deflation and is experiencing the longest expansion phase in the past 16 years. In 2017, industrial production increased by 4.5 percent and the unemployment rate decreased to 2.8 percent (3.1 in 2016), falling below the 3 percent threshold for the first time in 23 years. In the first quarter 2018, actually, Gdp decreased by 0.6 percent on annual basis, ending the positive series that had lasted for eight consecutive quarters. Despite this slight slowdown, the Government has not changed its positive outlook, confirming potential 2 percent growth and setting a 2.5 percent nominal Gdp increase target in 2018.

In the Mdf panel business, it is worth noticing that domestic production has been basically unvaried since 2002 with 634 thousand cubic meter annually; this confirms that the Japanese industry has carried out a progressive investment campaign in countries with more forest resources, including Australia, Indonesia, New Zealand and others. In the particleboard sector, instead, production has expanded from 1.872 million cubic meter annually in 2003 to 2.469 million in 2018, with 21 production lines.

The countries analyzed in this article account for approximately 15 percent of global particleboard and Mdf production. In general, we can close with positive remarks about the Asian particleboard and Mdf market, where most developments in the panel industry in the coming years will happen in countries like India, Vietnam and Thailand.  All these developments suggest that recession has definitely ended and the next two to three years promise big news and more investments in this industry. 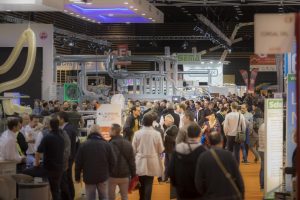