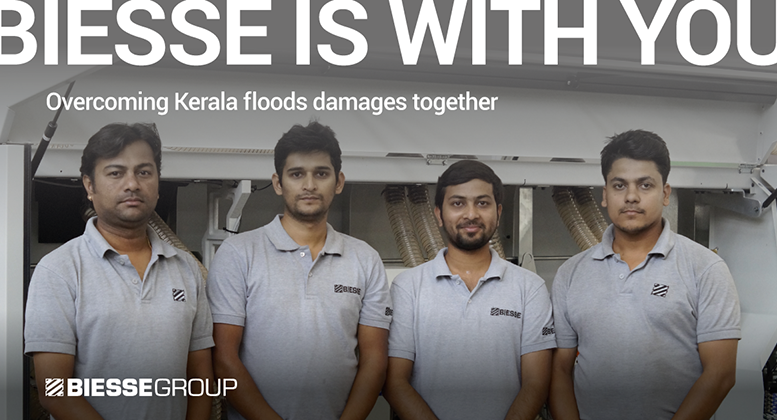 In August 2018, due to extremely high rainfall during the monsoon season, severe floods affected the south Indian state of Kerala. Many people lost their lives and properties and numerous residents were rendered homeless for several days. Among the victims of this climatic catastrophe were Biesse customers and their companies located in the region. Their factories were in fact submerged under water and mud for more than 4 days severely damaging their Plant and machinery.

Biesse promptly contacted these customers after the calamity and, in a very short time, offered help by sending their Service Team to support them. Biesse Service team dedicatedly worked together with customers, supplied free spare parts and reconditioned Biesse machines. Thanks to the timely support provided, seven companies, with twelve machines, were put back in operation. Because of this prompt intervention, the adverse impact on customer’s businesses was mitigated to a large extent

All the machines are currently working, so as the customers’ factories, and the production level is fully restored. Customers expressed their deep appreciation for Biesse support during these tough times and vindicating how Biesse is for them not only a supplier but a real partner.