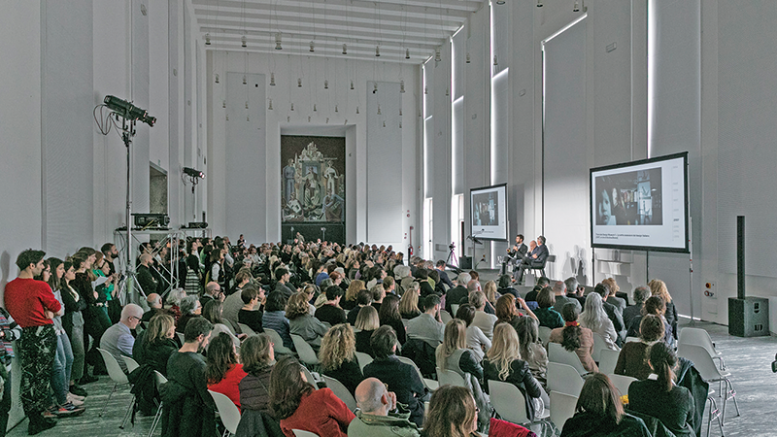 According to Mario Bellini – who introduced the Italian Design Museum together with Stefano Boeri and Joseph Grima – “Ul desain” is the Brianza dialect equivalent of “the design”. This was the call by the multi-awarded designer (eight-time winner of the Compasso d’Oro) to the production industry of Lombardy and Italy in general.

At the press preview for the Italian Design Museo, officially opened last April 8 on the eve of the 58th edition of the Furniture Exhibition, there was much talking about the relationship between companies and designers.

The permanent exhibition (first step of a work-in-progress project of acquisitions and expansions) features approximately two hundred of the most iconic and representative pieces of Italian design, selected from a heritage of 1,600 items owned by the Triennale in Milan, illustrating the progress from the post-war period until the early Eighties.

Besides the erudite speech by Joseph Grima, French architect and museum director, about the division of this time span into three stages (beginnings, Sixties-to-Eighties, following period until today and developing into the coming years), it is worth highlighting the key contribution by entrepreneurs and craftspeople to the definition and meaning of Italian design.

Tracing back through the different design cycles, Joseph Grima stated that, from 1990 onwards, it is more and more difficult to talk about Italian design, as there has been an increasing contamination with international culture and production: is a product conceived by an Italian architect and manufactured in Korea or France still Italian? Is a product imagined by a Japanese or German designer and made by an Italian company actually Italian?

Grima gave his own “high” vision: Italian design is related to attitude and philosophy rather than territory.

We respectfully object that it is the “factory”, the place where items are manufactured, that generates the “deep soul” of objects, that makes them attractive, usable and durable, as a result of its history and physical assets.

The authentic quality of Italian design is also guaranteed by the fact that production is local: let’s safeguard this unique value. Especially in the Italian Design Museum

There are no upcoming events.