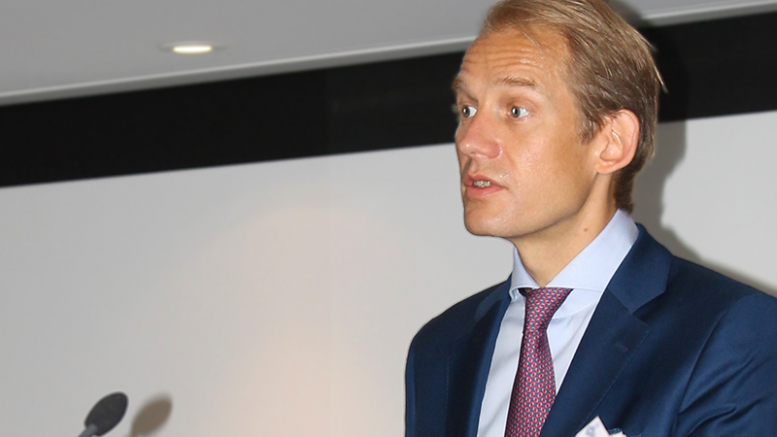 This year’s General Assembly of the Eplf, European producers of laminate flooring association, taking place at Antwerp/Belgium on June 5 and 6 on invitation of the Beaulieu/BerryAlloc Group, did not only celebrate the 25th anniversary of the association. Besides numerous political decisions a new executive board had to be elected. Only last summer Paul De Cock (Unilin) became president as successor of Ludger Schindler (MeisterWerke), who served in this position for sixteen years. After Paul De Cock’s call to the USA the vice-president, Max von Tippelskirch (Swiss Krono Group), together with Eberhard Herrmann (Classen group) took over temporarily.

First of all the statutory committees (technical and markets & image) elected their convenors: Eberhard Herrmann was confirmed by the technical committee, and Ruben Desmet (Unilin) succeeded Max von Tippelskirch as new convenor of the markets & image committee. On the next day the general assembly confirmed these decisions and then elected the executive board: Max von Tippelskirch as president, Ruben Desmet as vice-president, and Eberhard Herrmann as member of the board. Again Georg Kruse (Windmöller) was chosen as auditor, who was carrying this responsibility since several years already. All voting happened unanimously.