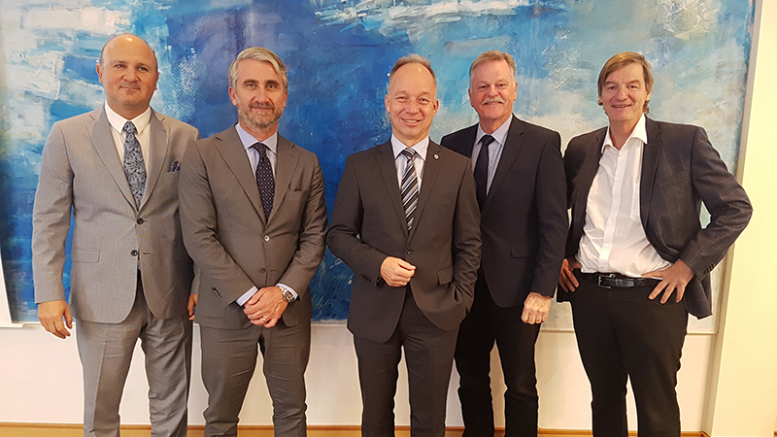 The President and Ceo of Leitz GmbH & Co. KG, Mr.Jürgen Köppel, will continue to contribute his longstanding experience in the woodworking industry to the development and work of Eumabois. Mr. Luigi De Vito, Director Scm Wood Division, will support the board with his international experience as Vice President. President and Vice President will proceed with the development of Eumabois in order to create a positive business en-vironment for the European woodworking machinery industry. The three re-elected Board members, Mr.Mustafa Sabri Erol (from Törk Makine A.S.), Mr.Samuel Hänni (Lamello AG) and Mr.Wolfgang Rohner (Ima-Schelling Anlagenbau GmbH) complete the team with their industry background and the strong support from their associations. Mr.Erich Zeller, been re-elected as Auditor, is looking back to a long career in Lamello and in Eumabois, contributing his financial expertise and Swiss preci-sion to the team. The board has been confirmed in its entirety and is starting its second term for the next three years. The Assembly unanimously accepted the request to confirm the current team because of the important results obtained during the past three years. The relevant change of direction of the Federation took place with the setting up and par-ticipation in projects that were and are very important for the future of the European woodworking industry. Opc Ua (Open platform communication unified architecture), Marketing Intelligence Project and Etml (European Tool-Machine Language) are just some of the initiatives that will see Eumabois at the forefront in the coming years. Anoth-er focus is the increasingly important attention to issues related to machine safety stand-ards and the international trade fair environment.