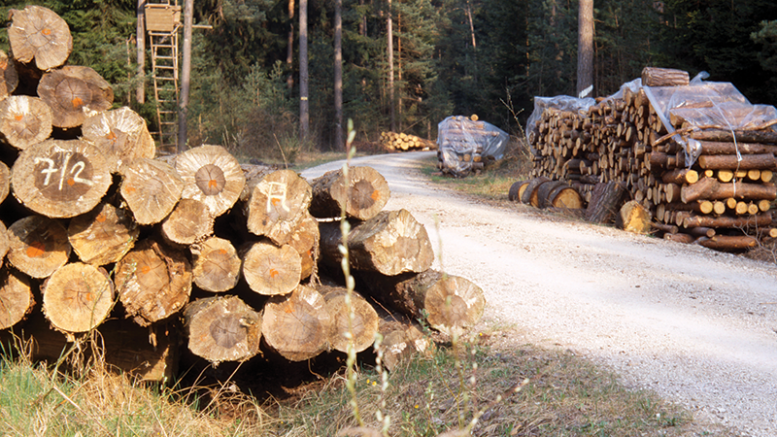 China is increasing importation of logs from New Zealand and Europe, while diminishing imports from North America and Russia. As a region, Europe is now the second largest supplier of softwood logs to China behind New Zealand, reports the “Wood Resource Quarterly”. New Zealand continues to expand its market share in China, supplying 39 percent of the total import volume in the 3Q/19, up from 32 percent five years earlier. Russia and North America suffered the largest declines in the Chinese market share from 2015 to 2019, with Russia’s share falling from 28 to 12 percent, and North America from 21 to 13 percent during the same period.
In the 3Q/19, log imports from Russia were at their lowest levels in almost 20 years. The only other major change in the Chinese market over the past few years has been an increase in pine log shipments from Uruguay. These have increased from just a few thousand cubic meters in 2016 to almost 2.5 million m3 last year, making Uruguay the fifth largest log supplier to China in 2018.
Startlingly, shipments from Uruguay to China fell to less than 200,000 m3 in the 3Q/19, when prices for logs plummeted to the point where it no longer made financial sense for Uruguayan exporters to ship logs.

Interestingly, a number of countries in Europe, although some still small suppliers, have begun to expand their presence in the Chinese market over the past 12 months. In the 3Q/19, the European supply of softwood logs totaled over two million m3. Supplying countries included Germany, Czech, Poland and France (in descending order), all countries impacted by storms and insects in 2018 and 2019. The European share of imported softwood logs has increased from just three percent in the 3Q/18 to as much as 20 percent in the 3Q/19.