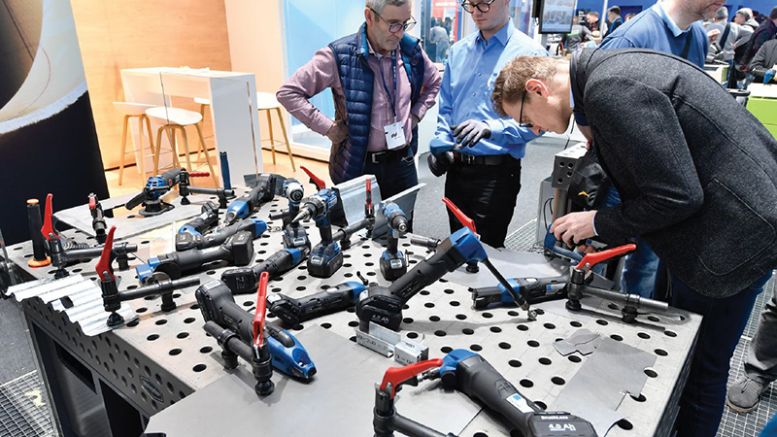 Next Bau, the world’s leading trade fair for architecture, materials and systems, will take place in München from 11 to 16 January 2021. The applications received so far indicate the proportion of exhibitors from outside Germany will be as high as 40 percent.The exact figures won´t be clear until early summer after the first round of placements. “Currently we are even a good way over 40 percent, but experience has shown that the curve flattens out the closer it comes to the start of the fair,” explains Markus Sporer, Deputy Exhibition Director.

Demand is particularly strong at the moment from those countries which in recent years were always among the Top 10: Italy, Austria, Poland, Turkey, Spain, Switzerland, Belgium, Netherlands and the Czech Republic. Overseas interest is also high, with demand growing strongly in particular from China and the US.

Bau 2021 is thus continuing a trend that has been ongoing for a good ten years now: According to data given by the organizers, the international representation at the trade fair is growing constantly, among both exhibitors as well as visitors. The number of exhibitors from outside Germany has almost doubled since 2009: from 464 (2009) to 849 (2019).

The number of visitors from outside Germany also rose at a similar rate over that time: from 37,201 (2009) to 85,477 (2019). Alongside this very pleasing development at international level, Bau is also continuing to consolidate its no.1 status for the building sector in Germany. A good 60 percent of the exhibitors and around two-thirds of the total number of visitors to Bau come from Germany.

What is particularly noticeable is that the strong increase in the number of exhibitors and visitors from outside Germany coincides with a significant expansion in the fair´s offering to planners and architects. Forums C2 and C4, the guided tours for architects and also the many architectural prizes such as the “Bauwelt Award” and the “Detail Award” − all of this was developed over the last 10 to 15 years. And at the same time as the fair built its reputation as an “architects´ trade fair”, we noted increased demand from companies abroad in particular.

Applications to exhibit at Bau 2021 can still be submitted via the website (www.bau-muenchen.com).