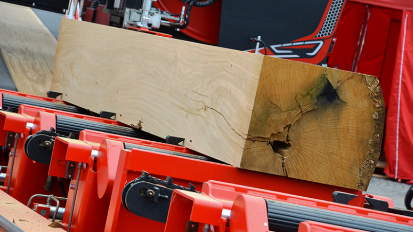 The April-June 2020 term has brought no surprising news, unfortunately, and the quarterly survey by the Studies office of Acimall – the Confindustria member association of wood-furniture technology companies – depicts a difficult situation: the drop in orders of woodworking machinery and tools is strong, in line with all the segments of mechanical engineering and the entire economy. Such result was inevitable, considering the lockdown of factories in April and the slow, gradual recovery of manufacturing operations in May. The month of June was “fully operational”, but it could not save the final result of the third quarter, deeply affected by massive layoffs and remote working, which inevitably changed the organization model of most companies. So, we can only wait for a demand rally that, according to several sources, is expected in the coming months, both from the domestic market and from abroad.

Let’s come to figures. the quarterly survey – carried out on a statistic sample that represents the entire industry – shows that the Italian industry of woodworking machinery and tools recorded a 39.2 percent reduction of orders compared to the same period of last year, resulting from minus 34.2 percent in international demand and an impressive 59.2 collapse in domestic demand.

Surprisingly, employment is “holding on”: at the end of the first quarter 2020, 69 percent of companies expected a decrease in employment, now this figure has gone down to 47 percent, while 53 percent believe the employment trend will be stable (versus 75 percent three months ago). No one expects a positive trend for employment.Available stocks are stable according to 27 percent of the sample, while 20 percent expect growth and 19 percent reduction.