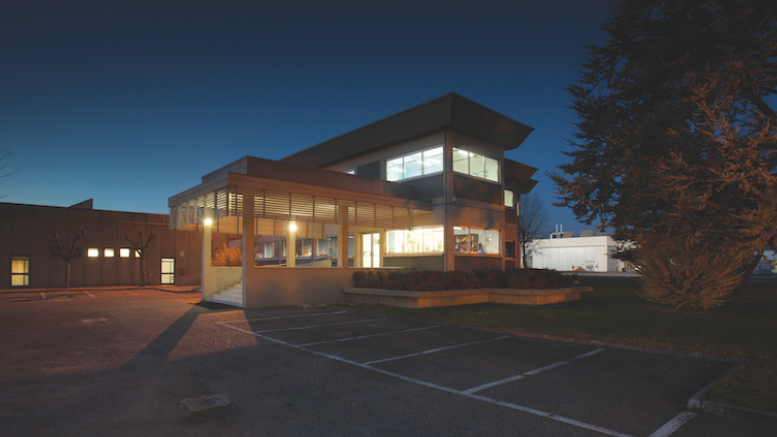 Fifty candles for Nastroflex, fifty years for one of the oldest players in the abrasive industry, told by Italo Rossetto, sales manager of the Treviso-based company since 2009 and a member of the “family” since 1985, when he joined the company to lead the sales department. A big family, definitely, with 110 people and two factories, the headquarters in Ponte di Piave, near Treviso, and another site in Trezzano sul Naviglio, near Milan.

“Nastroflex was established in 1970 by Antonio Palù, father of the current owner Carlo Palù, but the concept had been developing in his mind for a long time, as he realized that it was not easy to find effective abrasives in the Triveneto region, despite a large community of furniture companies. So, he created his own business and started to import abrasives from Northern Europe. In the Seventies and Eighties, our business “changed direction” with the arrival of Carlo. We began to develop our own production, going beyond distribution to lay the foundations of today’s Nastroflex, a leader in Italy and a major global player in the production of abrasive belts.”

Your business started as a “necessity”, a development in different steps. Which are the milestones that have taken Nastroflex to the top of the market?
“After a long starting phase, the first turning point came in 1985, when we acquired Italiana Abrasivi and their factory in Trezzano sul Naviglio, which is still in operation today. In 1992, we launched the first range of fine grain abrasive belts for glossy furniture, while ten years later we developed an automated line for the transformation of high belts. Finally, in 2010 we started the production of segmented belts for mdf and particleboard manufacturers. These achievements have helped us export our crocodile all over the world.”

The crocodile has been your trademark for a long time…
“Yes, but not from the start. In terms of technical innovation, we can identify those three milestones, while the turning point for our brand was in 2003, when we acquired Naxoflex, a Swedish company whose products we distributed in Italy. We decided to adopt their symbol, which is now known all over the world and represents a quality brand that has made us famous also abroad, especially in the wood industry, which is our core business, and then later on also in the metal industry.”

Your fiftieth anniversary has fallen in one of the most difficult periods, the year of Covid-19.“
“We have faced this emergency with great caution, trying to take all possible measures, as suggested by Giorgio Palù, the brother of our owner and a reputable virologist, aware that we had to pay much attention ever since the first days of the epidemic, due to the location of our sites, one in Lombardy and one in Veneto. For this reason, to avoid exposing our employees to any risk, we decided to close production before the Italian government announced the lockdown, and then we gradually resumed our activity after Easter. It was not an easy period, you can see that from our revenues in those months, but now we prefer to see the glass half-full: we are fine and we are still up and running. Things could go much worse…”.

What has changed in your way of working?
“In production, there have not been many changes, we comply with social distancing, we have sanitized the facilities and we have distributed face masks to everyone and adapted working hours to avoid overcrowding. The big difference is in sales. Not being able to meet customers in person, having to stick to a “virtual” approach, with Skype and Zoom calls, has been like being in prison. Human contact and customers relations are essential for us. We were among the pioneers of pre- and after-sales service in our industry.”

It’s not just a working method, it’s a real philosophy…
“For each process step, you can get a product that is more or less suitable, more or less specialized. We want to prove to our customers that generalization does not pay and they have to consider the difference between one type of abrasive and another, which is apparent. That’s why we are strongly focused on dialog and direct relations with customers, leveraging a sales organization made of qualified and skilled staff. We offer an accurate approach. The keyword for us is multiconcept, i.e. the possibility to choose different products according to specific needs, to achieve balanced performance.”

This approach to guide the market rather than following it passively has led to excellent results, both in Italy and abroad.
“Today, foreign markets account for 40 percent of our revenues, with constant expansion in Europe and the Middle East, while business in the American continent is declining. This is partially due to the current emergency, in countries like Brazil that are experiencing the most acute phase, but this trend has already started, actually. Especially in North America, there is an increasing trend to re-localize orders to the Far East, between Vietnam and China. The Italian market is still lively and interesting. In recent years, business has been shrinking due to the long-term impact of the economic crisis and the fact that raw wood processing in Italy has virtually disappeared; but we are still active in raw panel processing and in the segment of paints and glossy furniture, where we are leaders.”

Fifty years have gone by: which are your plans for the next fifty years?
“We have a clear vision for the future, but we cannot talk about specific plans. We have a mission we are pursuing: export the crocodile brand all over the world, keeping our leadership in the wood industry and expanding our footprint in metal and finishing. It will not be easy, but our growth rates over the past fifty years and the quality of our products speak for themselves.”