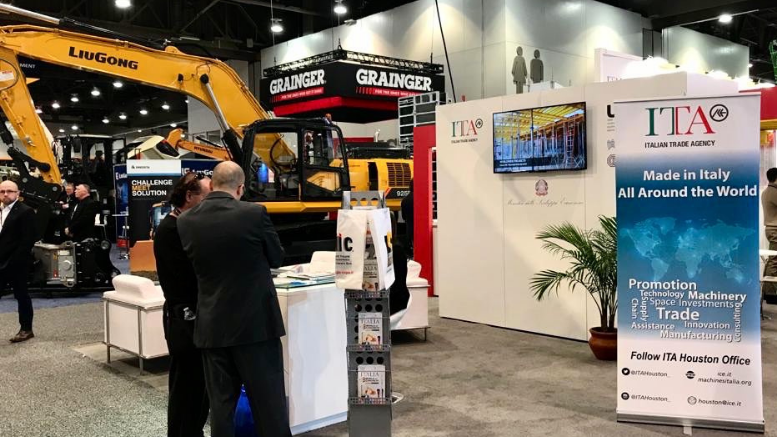 Four years in the Texas office of Ice, the Italian agency for business promotion and internationalization, and a U resident for eight years. Salvatore Grignano, for almost ten years, has been closely monitoring the United States and their market. From Obama to Trump, from the crisis of relations with China to the Covid-19 sanitary emergency, from the presidential elections to the “Black Lives Matter” movement. He has a clear overview of the US market that he decided to share with Xylon International readers.

What’s the sanitary situation in America?
“There are big differences between one region and another in the United States. Initially, Houston and Texas did well, with much lower pandemic figures than hardly hit areas like New York. Then, in early May, re-opening started, with no constraints or face masks. So we rapidly increased from 3 thousand to 12 thousand casualties. This was the big mistake: underestimating the sanitary situation and declaring the emergency over too soon, without seriously considering the risk of a second wave. Now the trend is worrying and we are paying the fee for dropping attention too soon. Since July, wearing a face mask is compulsory in public places. Unfortunately, the discussion has strong political connotations, with two parties fighting to get an advantage at the upcoming elections. And this is the result.”

What’s the macro economic situation in the US?
“The macroeconomic picture has worsened unexpectedly and very quickly, with figures that we hadn’t seen since the Great Depression. If you consider that the economy has been growing for three administrations in a row, these figures are even more scaring. The most critical index is unemployment. Before the emergency, unemployment in the US had dropped below 4 percent, even 3.5 percent. Actually, it was more difficult for companies to find workers than the opposite. In April, the index climbed up to 14.7 percent, then fell back to 10.2 in July. But employment is not the only issue. Following the lockdown, domestic consumption collapsed, it accounts for 60 percent of Gdp, and production lost approximately two trillion dollar compared to Q4 2019 (Gdp down by 33 percent versus Q2 on annual basis). According to the Department of Commerce, the first six months of 2020 recorded a slowdown of foreign trade, which had begun in 2019, losing 14.2 percent from the same period of last year. In detail, trade with the EU dropped by 13.1 percent, while the negative result with Italy was 18.3 percent.
According to forecasts, Gdp reduction in 2020 will amount to 5 percent, provided the situation does not worsen in the second half. The final result will depend on two factors: the first one is oil price, the second one international events, traveling or not, rallying consumption in other countries. Half of the US Gdp depends on domestic consumption, but these two factors are critical. Moreover, you also have to consider that, until July, the government had supported companies and employees with financial aids, but now the ball is back to the economy. If the new unemployed can find a job, there will be a recovery, otherwise, in case of a second wave of Covid-19 or market difficulties, the situation might get even worse. The economic crisis originating from the sanitary emergency has caused many companies to close down, especially in retail, with some stores pulling down the gates in March and never re-opening. On the contrary, e-commerce sites increased their profits.
Now we are seeing some recovery, but the unknown is looming, especially in a year like this. Beyond the pandemics, two more factors will affect the market. The elections in November and the crisis with China, an economic war that has left no production sector untouched.”

What’s the situation in the wood-furniture industry?
“We must say that the United States are the world’s top importer of woodworking machinery, with a m 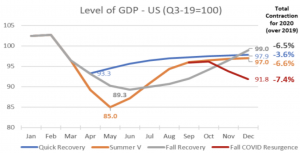 arket that can be estimated at 1.8 billion dollar; product demand from the construction industry is very profitable and has been expanding for 8 years. The mechanical industry has been hit strong and woodworking machinery recorded a 50 percent decrease in import. There are two “output” markets for the woodworking industry: construction and furniture. Constructions have come to a halt, with many investors deciding to stop or delay projects until they understand how things develop. This stop has impacted the entire value chain, from primary operations, with a few sawmills closing down or taken over by bigger players, to furniture production. Now that constructions have restarted, driven by mortgage rates below two percent (an extraordinary level for the US), real estate sales have increase and the wood industry is rising again.”

Real estate sales have increased outside the big cities…
“After many decades, the big cities are experiencing a reverse trend, with people leaving after the pandemic. Remote working and social distancing are supporting a “back to the countryside” trend, with consequent reduction of housing prices in big cities. Such quick change is unprecedented and, therefore, the error margins of forecasts are wide, as everything depends on the timing of the epidemic.”

Which are the US states where European products, and Italian especially, are most appreciated?
“We must admit that it’s difficult to trace product sales accurately, but the states where European technology is most successful are in the North, especially in the great lakes region, where 28 percent of factories are located, as well as many primary operation plants, due to the availability of large forests; this is a strategic region with high concentration of construction activity and proximity to Canada. Also in the South-West, between California and Oregon, demand is strong. As a matter of fact, this region is home to 25 percent of factories, another strategic area for its proximity to furniture manufacturers. Looking at individual states, strong demand is coming from Wisconsin (13 percent of factories) and Oregon (4 percent).

The most imported equipment is primary operation plants, saws, milling machines, bending and pressing machines. The US market is asking to cut labor quantity and labor costs, especially the latter, and consequently the companies are looking for numerical control machines. Due to high labor cost in the US, companies must focus on cost reduction measures, looking for high-tech equipment that allows them to reduce manual labor. As mentioned before, many companies can hardly find workers, so if a CNC machine can help reduce labor requirements, any company will try to get one.”

What’s the situation of exhibitions?
“Right now it’s all standing still. All 2020 exhibitions have been cancelled or postponed to a remote future date, waiting to understand possible developments of the pandemic. But ultimately, everyone had to accept this situation of widespread lockdown. That happened with Iwf, International Woodworking Fair in Atlanta.
Many organizers decided to refocus on digital, creating hybrid events with hours of conferences and webinars, combined with marketplaces where companies can display their products. Some marketplaces have been extended up to 12 months, because the general concept is to extend events over time, offering continuous digital visibility, possibly creating virtual workshops and meeting venues in the long term. Someone will succeed, others will not. We will see.
Exhibition are going to change, turning into trade fairs 2.0, with an increasing role of digital elements. Physical participation will remain, but this transition to digital has brought about a change that is permanent, in my opinion. We will never go back to the old exhibition concept. We will be more and more digital.”

As Ice, what advice can you give to Italian companies?
“Go digital, enhance your online presence and increase your visibility on the web. This is the new battlefield. The big brands have already done that, creating massive operations on the web. For smaller companies with fewer resources, we are here to help: Ice has offered its resources to support them. We have a platform called machinesitalia.org where you can create your page, display your products and develop a real network of contacts. Until few years ago, the digital transition was just a fashionable trend, not it is a necessity. And if you miss the train now, you may never catch up again.”