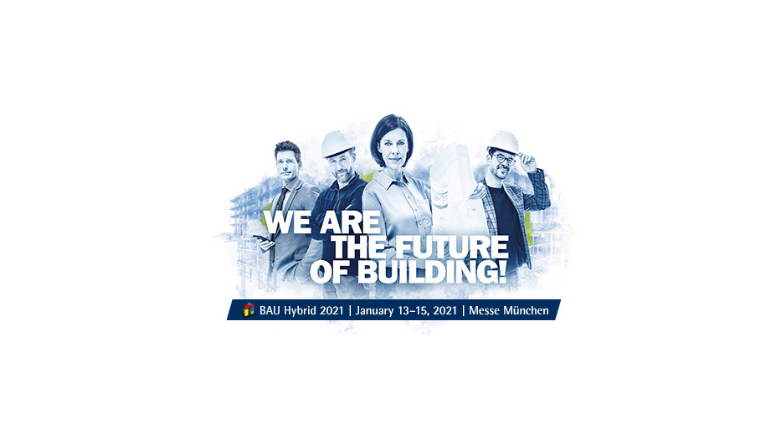 It’s not a bolt from the blue, but we hoped this announcement wouldn’t come. Bau, the world’s leading trade fair for architecture, materials and systems, initially scheduled between 11 and 16 January 2021, will not be held, as announced by Messe München in recent days. In its place, a hybrid event will be organized, with a compact exhibition space alongside an additional digital offer for exhibitors and visitors who, due to travel restrictions, will not be able to travel to Munich.

Part “in presence”, part “remote”, this will be the new edition of Bau, reduced to 3 days, from 13 to 15 January. Exhibitors who will be able to physically go to Munich will occupy two exhibition halls of the International Congress Center, while next to them digital structures will be exploited which, in this period of the “first wave” are increasingly indispensable: live streaming, video recordings and discussions from forum, to which virtual networking modules will also be added.

“With the lowering infection rates and border openings in June, there was reason to hope that the situation would improve significantly. Unfortunately, the situation has changed significantly since August”, commented Reinhard Pfeiffer, Deputy CEO of Messe München. “Even if an in-person event would have been possible with our protection and hygiene measures, this decision has now become necessary due to the current developments regarding new travel restrictions and the designation of risk areas throughout Europe. According to our exhibitor survey, which we have conducted over the last few days, especially against the background of the worsening Covid 19 situation, the vast majority of our exhibitors now consider their participation in the presence trade fair to be unrealistic, as in the current situation it can be assumed that only a few of the originally expected visitors will be on site”.

Reinhard Pfeiffer obtained approval from Dieter Schäfer, the longstanding chairman of the BAU Advisory Board and Board of Trustees: “The decision made in June was right. At that time, it was far too soon to call BAU into question. It was clear to us all that clarification would be needed at the end of September. It therefore also made sense to carry out a survey last week. The Advisory Board and Board of Trustees back the decision to replace BAU 2021 with a hybrid format”.

A postponement of BAU was discussed with the Advisory Board and Board of Trustees. Martin Hörmann, deputy chairman of the committees, explains: “Delaying the trade fair was never a serious option for us, because it would have interrupted the two-year innovation cycle that BAU has always followed. International exhibitors and visitors are at the core of the conventional BAU. Under the current COVID-19 conditions, we would not have been able to meet these expectations”.

In short, Bau will not be there, or rather, there will be in a hybrid version. Will it be a success or just a transitional stage waiting for 2023? We will find out in January.
Bau gives up: the January event becomes “hybrid” and changes dates ultima modifica: 2020-10-02T09:00:20+00:00 da Francesco Inverso