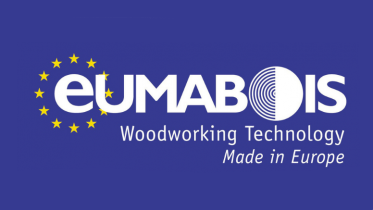 Eumabois, the European Federation of woodworking machinery and tool manufacturer, commemorates the 60th anniversary of its foundation.

In 1958 and 1959, upon invitation of the French and German associations, the first meetings were held in order to explore an extension of the French and German contacts to the foundation of a European committee. One year later, the so-called “Comité européen des constructeurs de machines à bois” was founded on January 22nd, 1960 at Neuilly in France, with the immediate admission of Austria, Switzerland, Germany, France, Great Britain, and Netherlands. In 1964, the brand name Eumabois and the corresponding logo was adopted.

Today, Eumabois is standing for 60 years of joint, European goals and achievements, transformations, and decisions for the benefit of the European woodworking machinery and tool manufacturing industry. Eumabois was born by the decision of some delegates of the main European national associations of woodworking machinery manufacturers, with the aim of studying and informing on specific technical issues of the sector and to organize common exhibitions spaces. The federation, always with a non-profit statute, is committed to improve the knowledge of European and international legislations in the field of regulations, safety requirements and other legislative boundary conditions for the woodworking machinery manufacturers. Now as before, the Eumabois federation supports the activities of technical and scientific committees and the promotion of trade fairs, dealing with all matters of relevance to its members.

Considering the serious and deep impact of the Corona virus on many industries, especially the exhibition industry, the European federation decided to postpone the celebration of its 60th anniversary to the General Assembly 2021 which will be held in the city of Vienna, hosted by the Austrian association (FMTI).

The success of Eumabois is driven by its member associations representing over 850 companies which jointly believe and support the European idea. This joint approach based on knowhow and passion is the basis for the global success of the European woodworking industry, as it was already 60 years ago.