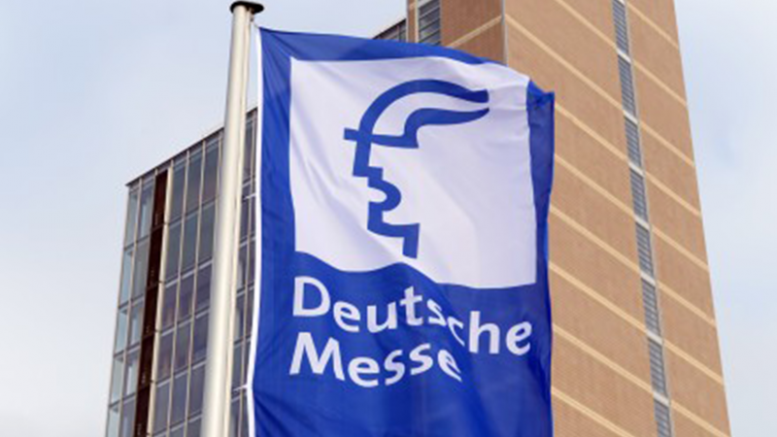 Deutsche Messe can look back on a successful 2019 financial year, with better-then-expected group revenue and earnings, the launching of 11 new events in Hannover, steadily growing foreign sales and a clear course of entrepreneurial transformation.

This positive outcome stems both from favorable developments on the part of the company’s large-scale events staged in Hannover – all of which delivered better-than-expected earnings – and the success of its overseas events, most notably in China. For 2020, Deutsche Messe is forecasting sales of 329 million euros and earnings of 3 million euros.

With regard to the Deutsche Messe corporate strategy, the focus has been on three key areas: core business, new business and digitalization. The current financial year saw the company’s domestic tradeshow portfolio growing by 11 events (seven of which are premiering in 2020): 5G Cmm Expo, Clean Transport, Game Session Xxl, Halal Hannover, LightCon, micromobility expo, Paxus, PS Days, Steam & Smoke Hannover, Techtide and Twenty2X. A total of 12 new overseas events have also been announced, among them Domotex Usa and Interschutz Usa. With the premiere of Industrial Transformation Mexico in October of 2019, Deutsche Messe has also successfully positioned its new “Industrial Transformation” tradeshow brand in Latin America.

Growth was achieved also in terms of the company’s core business, i.e. leading international trade fairs staged in Hannover and around the world. Domotex, Ligna and Hannover Messe, for example, achieved greater turnover and higher earnings in 2019 than in their previous runs.

The third field of action, digitalization, encompasses new digital products and expanding the digital reach of major events. In addition, digitalization forms the backbone of the company’s overall transformation strategy. As an example of a new digital product, anonymous visitor tracking was launched at Hannover Messe, allowing exhibitors to analyze visitor flows and draw conclusions about visitor interests and attention.

In the context of 5G, investments of up to 10 million euros are planned for the coming year. The goal is to apply for a private 5G license – a so-called “campus license” – which would give Deutsche Messe a unique selling point in the global tradeshow landscape and enable exhibitors to deploy and demonstrate full-fledged Smart City, New Mobility, Smart Logistics/IIoT, Industry 4.0 and Connected Industry solutions. “The further evolution of the exhibition center as a ‘smart venue’ calls for qualitative expansion of our business model, thus generating new sales potential for Deutsche Messe. We laid the groundwork for this objective during today’s convening of the Supervisory Board,” remarked Köckler.

Deutsche Messe affirmed that it was well positioned for the year 2020. As Köckler pointed out: “Over the past two years, we have continually developed Deutsche Messe in line with our corporate strategy. We are now rapidly taking on new tradeshow topics, growing at domestically and overseas and promoting our digital agenda with the right mix of innovation and speed“.