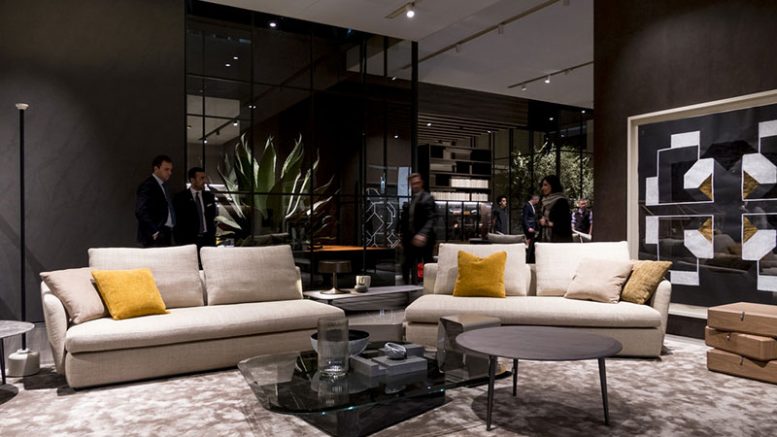 Ready to start the edition number 57 of the Salone del Mobile.Milano, which will be back from 17th to 22nd April 2018 with a packed programme of innovations, appointments and surprises.

The years of the fourth industrial revolution, digitalization and sharing economy come with a mantra that spans all sectors and basically stresses the importance of networking, of being able to work together. However, many think that Italians are a bit faulty in this respect, as in Italy alliances are difficult to close. And while in the past small, fast and flexible organizations could go far, today that’s no longer enough.

It’s networking the key topic of the first Manifesto published by Salone del Mobile.Milano, which is a real declaration of intent, a roadmap of a new way of thinking that will have to get deeper and deeper into the Dna of entrepreneurs, media, collectors, intellectuals, critics, designers, architects, creatives, knowledge workers, beauty lovers.

“To win the global challenge, we have to do more”, said Claudio Luti, president of Salone del Mobile during the press conference. “We have to focus on innovation and sustainable quality, on the capacity to team up and promote culture, on the readiness to share information and generate value from the new generations”.
Luti’s words and the launch of the first Manifesto officially set off the countdown for the 57th edition of Salone del Mobile.Milano scheduled from 17 to 22 April at Fiera Milano Rho. The event will take place in a situation where – according to preliminary balance figures by Centro Studi Federlegno Arredo for 2017 – the production of the Italian furniture value chain achieved a 1.5 percent increase over 2016, with 26.8 billion euro revenues, thus reaffirming the growth trend of the recent period. Good results also for the Italian wood-furniture manufacturing industry, which achieved a total turnover of 41.3 billion euro in 2017, exceeding the previous year result by 1.4 percent.

“The Salone effectively shows the enterprising, young, practical and visionary soul of Milan”, said Mayor Giuseppe Sala. “And I really believe that the 2018 edition will strengthen this image of the city”.

It was a few decades ago, in 1961, when a small group of furniture makers represented by FederlegnoArredo launched an event that would become one of the symbols of the city of Milan. Today, as we approach edition number 57, we wonder how this Salone 2018 will be. Let’s start with some figures. Over 300 thousand visitors are expected in the Lombardy capital, coming from 165 countries to meet more than two thousand exhibitors covering an exhibition area exceeding 200 thousand square meters.

The 2017 editions of Euroluce and Workplace3.0 will be replaced by the biennial exhibitions EuroCucina/Ftk (Technology For the Kitchen) and International Bathroom Exhibition, traditionally planned in even-numbered years.

To provide visitors from all around the world with a review of the latest trends in kitchen furniture, the 22nd edition of EuroCucina/Ftk will display a comprehensive range of products to show how this environment is evolving, progressively turning into an open space, ready to change and adapt as needed. The focus will be on modular containers that conceal working stations, multifunction islands, spacious cupboards and drawers to have everything within hand’s reach and so on. As to materials, natural stones are striking back, as well as wood and metal. New kitchens will also be intelligent, with virtual assistants and more and more connected and integrated appliances.

The International Bathroom Exhibition celebrates its seventh anniversary with a large exhibition area than in previous editions (20,600 square meters), offering a review of furniture, accessories, shower boxes and spas, tiles, taps and much more.

And for the 21st year in a row, there will be also SaloneSatellite 2018, a major event for designers younger than 35 years who will present creations that illustrate the relationship between heritage and contemporary times, halfway between new technology and craftsmanship. The topic assigned to the 650 young designers expected will be “Africa/Latin America: Rising Design – Design Emergente”.

Italy in the world

The press conference for the presentation of Salone del Mobile.Milano was also hosted by Michele Scannavini, president of ICE-Italian Trade Agency, who underlined the key role of this exhibition to promote networking and systemic actions, pointing out that “the innovation and creativity of Italian products, supported by the joint action of companies, associations and institutions, has contributed to increase export by 1.7 percent in 2017 and to achieve significant goals in Europe and overseas, including China, where Italy has become the biggest furniture supplier”.

With excellent results achieved in the Far East, where in the first ten months of 2017 the Chinese market has expanded by 38.5 percent to 408 million euro, the top destinations of Italian furniture remain France (1.8 billion euro), Germany (1.3 billion),

the United Kingdom (one billion) and the United States (975 million euro).