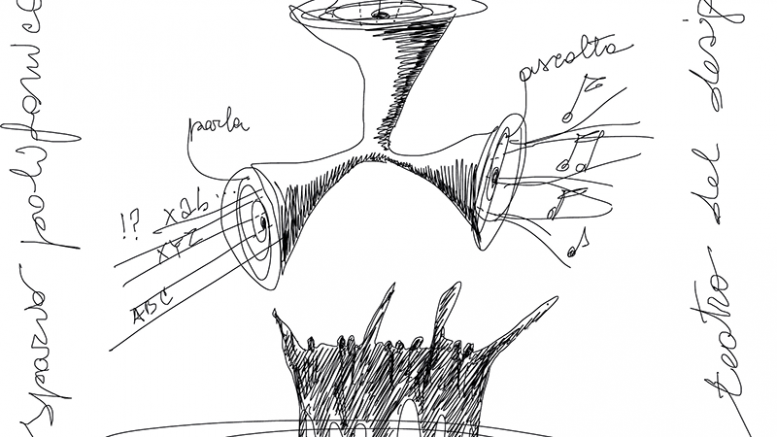 The historical collection of the most prestigious Italian design award is now a museum representing the best of the Italian design system. With its 5,135 square metres of surface area, 3,000 of which are reserved for exhibition areas, it will be among the most important museums dedicated to design in Europe: over two thousand pieces in the collection with new acquisitions following each edition of the award, a permanent exhibition with award-winning objects from 1954 to today, theme-based exhibitions, spaces for business meetings and public events. The new ADI Design Museum Compasso d’Oro in Milan will be an international reference point for all those creative, productive, economic, professional and social activities that revolve around design.

It is the culmination of a journey started in 2011 which has brought together the commitment of the Milan City Council (which has invested about €6 m in restructuring), the Lombardy Region and the State with that of the ADI Compasso d’Oro Collection Foundation, which will allocate another €2 m to the initiative. The former industrial area between via Ceresio and via Bramante, completely redesigned and renovated, has become a design centre open to dialogue with contemporary businesses and organisations and dedicated to the enhancement of the Italian production system.

As a part of the city of Milan’s new profile and the destination for a growing number of visitors interested in the city’s elevated cultural quality, the ADI Design Museum Compasso d’Oro has been designed to represent a reference point that uses the most up-to-date in digital instruments to offer the general public a fully immersive knowledge and understanding experience. It also aims to represent a resource for students at design schools who will be able to contribute to the exploration of the relationships between the most well-known symbols of design and social behaviour.

Together with the museum, the ADI and ADI Foundation offices will be located in the building along with meeting rooms, the library and ADI’s historical archive (which contains over sixty years of historical Italian design documents), a bookshop and an area dedicated to catering based on ADI’s experience at Expo 2015.

The museum will be laid out according to the design developed by Ico Migliore, Mara Servetto (Migliore + Servetto Architects) and Italo Lupi, winners of a national competition. The design is based on the idea of the “museum as narrator”, a concept developed by architects in numerous museum projects created in recent years. It will be a cultural centre open to the general public and actively involved in design knowledge following the lead of the ADI Compasso d’Oro Historical Collection: over sixty years of the most appreciated examples of painstakingly selected design quality, now open to products from around the world with the same criteria that have earned the trust of designers, producers and the public in over half a century.

The management strategies for the new museum will be the responsibility of a Steering Committee made up of significant figures from sectors that go beyond the traditional confines of the design world. It includes the designers Walter de Silva and Giulio Ceppi and design and architecture historians Luca Molinari and Beppe Finessi along with leading figures from the worlds of economy, business and communication such as Paolo Borzatta, director of The European House – Ambrosetti; Alberto Spinelli, Confindustria Lombardia; Claudio Feltrin, president of Assarredo; Vincenzo Gringoli, Bain & Company and Monica Maggioni, Rai.

Picture: The Museum as storyteller in a drawing by Ico Migliore.