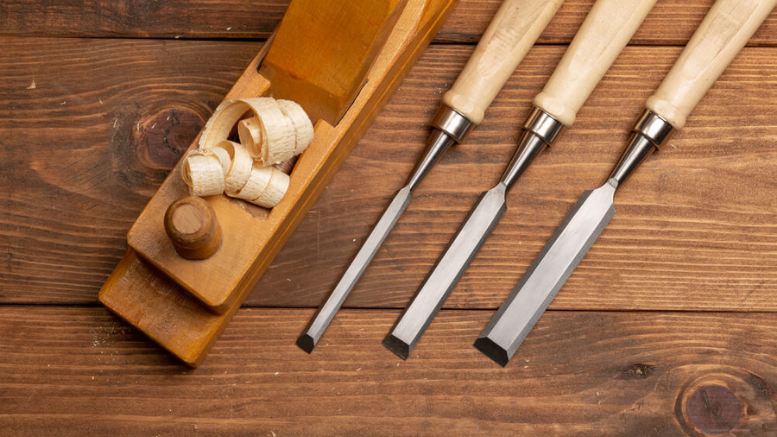 “There never could be a better way to start the new year. The data processed by our Studies office confirm the “strong perception” of recent months: 2021 has started off very positively, with a strong expansion of the demand of furniture and wood industry technology”. Luigi De Vito, president of Acimall – the association that gathers the Italian manufacturers of technologies, tools and equipment for wood and wood-based materials – commented the amazing result of the first ninety days of this year, with orders up by 58 percent compared to the same period of 2020. The trend of international orders was very positive, with a 52 percent increase, while domestic demand literally boomed, growing by 87.8 percent.
“The term of comparison is clearly a period – January-March 2020 – that had been strongly affected by the lockdown caused by the global sanitary emergency, but nevertheless, the rebound has largely exceeded our expectations, supported by the positive signals that had come in the final quarter of 2020”, De Vito added.

In absolute value, the excellent trend of orders in early 2021 has pushed the Italian wood technology industry back up to its al-time highs, achieved in 2018, with a quarter-on-quarter increase by 17.6 percent.

The quarterly survey carried out by Acimall’s Studies office on a statistic sample of companies also shows that the orders book covers 4.1 months, while price variation since January 1 amounted to one percent. Total revenues, compared to Q1 2020, increased by 2.4 percent.

The interviewees gave clear feedback in the quality survey: 75 percent of the sample indicated a positive production trend (versus 50 percent in the previous quarter, clear evidence of increasing confidence in more “reactive” markets”); 5 percent reported decreasing business, while 20 percent reported substantial stability. Growth was also the predominant trend in employment figures: 55 percent of the sample reported a stable trend, while 40 percent indicated an increase and 5 percent a reduction. Available stocks are increasing according to 40 percent of the interviewees, decreasing for 20 percent and stable for 40 percent.

According to the forecast survey, 55 percent expect the export trend to remain unchanged at the current values, while 45 percent believe that the situation can only improve. No one fears the situation might get worse, which is significant in terms of confidence in the future. Looking at the domestic market alone, the outlook is the opposite: 55 percent of the sample expect further expansion, 40 percent stability and 5 percent think there will be a reduction. 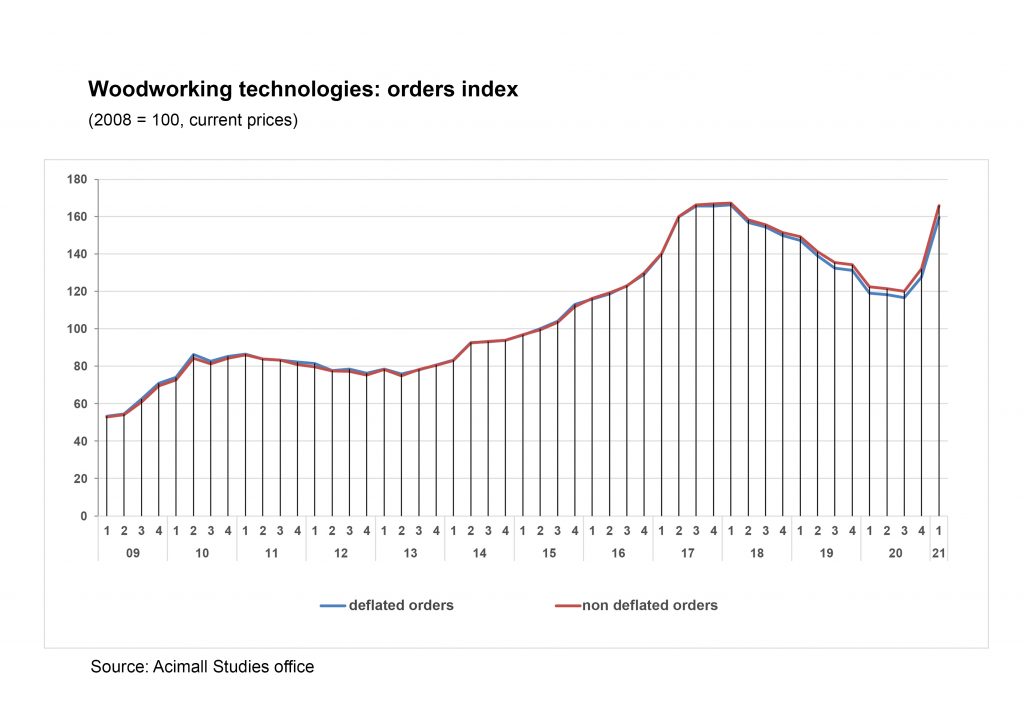 So, the first quarter showed a clear and positive change of direction after a year, 2020, that will be remembered as one of the most difficult periods our industry has ever faced. According to the final figures published by the Acimall Studies office, the production of Italian companies in 2020 stopped at 1,848 million euro, i.e. 18.4 percent less than in 2019. This massive drop, as it could be easily predicted, mostly occurred in the first part of the year, when the impact of the measures to fight the Covid-19 pandemic was stronger. Starting from the summer, the trend was much more positive, especially in the fourth quarter; the trend reversal supported confidence and a positive attitude across the entire industry, but it was not enough to make up for lost time, orders and revenues, although it helped close 2020 better than it had been figured out in the toughest months.

Of course, the global situation also had an impact on Italian export, with a 15.8 percent decrease versus 2019 and an absolute value of 1,330 million euro. Despite this reduction, international sales remain the major driver for the entire industry. The reduction of import in 2020 was even stronger in percentage, down by 28.2 percent, at 153 million euro. On the whole, these figures indicate that the domestic demand in 2020 was still in a critical situation, while the trade balance – i.e. the export-import difference – still remained at high levels (1,177 million euro).