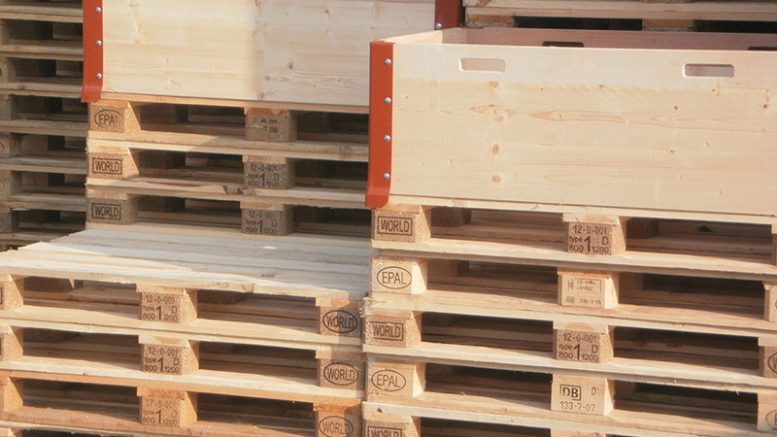 Epal Europallet‘s production grew by 10 percent in the first two quarters of 2017 compared to the same period of the previous year, with 42.5 million Europallet worldwide in the first six months. Growth also involved repairing with +11 percent and 13.7 million repaired Epal pallets.
This emerges from the data provided by the European Pallet Association, an organization that includes Epal licensee pallet manufacturers and repairers, and globally responsible for the quality of Epal brand pallets placed on the market. An important success that has also hit the Italian market. According to the analysis provided by Conlegno, the Consortium for the Protection of Wood and Cork materials that has the role of management of the Epal brand for Italian territory, in the second quarter of 2017 production increased by 13 percent compared to the same period of the previous year with nearly 1,500,000 pallet Epal products. Instead, more than a million repaired Epal pallets are 8 percent more than in 2016, recording a total increase of 11 percent. Given that, when added to the first quarter of 2017, there are about 5 million Epal pallets placed on the market in the first 6 months of 2017, with a total growth of 13 percent. Repair increased by 17 percent with more than 315,000 pallets in excess of the previous six months and Epal production rose by more than 9 percent.
The steady growth in production over the last four years is a unique success story for Europallet Epal, synonymous with quality, safety and sustainability. In 2015, for the first time, 100 million Epal branded Europallets were produced and repaired and the following year the threshold was exceeded with 105.5 million total Epal pallets.

Be the first to comment on "Epal Europallets: +10 percent in the second quarter of 2017"

This site uses Akismet to reduce spam. Learn how your comment data is processed.