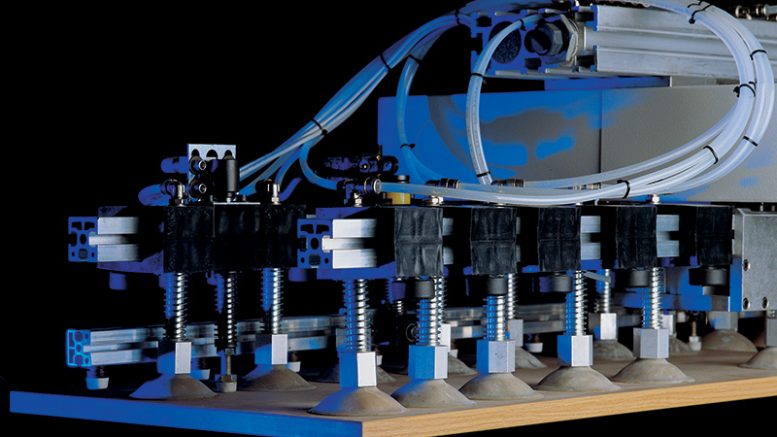 Waiting for more details to evaluate the impact of the pandemic on the industry economy, based on the analysis of the Acimall Studies office we can illustrate the trend of wood and furniture technology in 2019. Unfortunately, those twelve months were characterized by hardly encouraging signals for the health of our industry, a suffering condition that can only get worse after the dramatic events of the first months of 2020.

“Now more than ever, 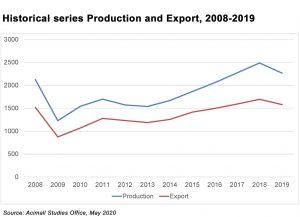 it is essential to understand the economic situation of the industries we represent,” said Dario Corbetta, director of Acimall, the Confindustria member association that represents industry companies. “We are facing a period that will require strong nerves and a strong and proactive central economic policy like never before, without which the wood machinery business might pay a very high price. The effects of Covid-19, as reported by our Studies office, will unfortunately add to the significant slowdown recorded in 2019, resulting into a trend that will require an even bigger effort to go back to 2016-2018 levels.”

Let’s take a look at figures, now, starting from production: the Italian industry of woodworking machinery and tools reached a value of 2,266 million euro in 2019, down by 9.9 percent from 2018. Such drop resulted from an “acceptable” trend in the first part of the year, followed by more significant reductions that affected all major international competitors, Germany on top.

In 2019, export recorded an eight percent reduction, showing a solid trend in the traditional destination markets. Fortunately, Italy has largely differentiated export flows, so the serious difficulties in some markets were offset by more positive trends in others.

On the domestic market, the drop amounted to 13.5 percent, reversing the trend of an index that had been positive for five years, also supported by fiscal incentives that enabled many companies to upgrade their equipment fleet in the 2016-2018 period, with inevitable consequences on purchasing volumes in the subsequent years.

An even stronger reduction affected import, down by 17 percent, while the trade balance remained at a high level (1.4 billion euro). So, once again, the industry of Italian wood and furniture technology reaffirmed its strong propensity to export, one of the sectors that most contribute to Italy’s active balance.

DESTINATION MARKETS
But which countries have invested more in Italian wood technology? For sure, France, which closed 2019 with a 5 percent increase over the previous year, reaching a total value of 110 million euro. Export decreased to Germany (102 million, minus 9.3 percent), while the result in Poland (minus 20 percent) was strongly affected by the very positive trend of recent years, when massive investments saturated demand and caused the current “pause for reflection”.

In Europe, the Acimall Studies office highlights the reduction of export to Spain (minus 8.9 percent) and the United Kingdom (minus 13 percent). A special mention for Russia and Turkey: the former, after several years of crisis due to currency and banking issues, suffered from a 9 percent reduction, stopping at 38 million euro. The latter, after running at high levels for a few years, absorbed 11 million euro of Italian export, down by over 50 percent from 2018.

In Africa, Italian export dropped by 25 percent on the whole; A solid trend was recorded in North America, where the United States were by far the top destination of Italian woodworking machinery, though recording a 5 percent decrease from 2018 for a total value just below 200 million euro.

In South America, Argentina keeps falling, losing over 50 percent (6 million euro), while Brazil is back to growth, with made-in-Italy supplies up by 30 percent at 20 million euro. Please note that this market had been recording several years of constant decrease, touching an all-time low in 2018.

In the Middle East, Italy sold machinery worth 33 million euro, 14 percent less than the previous year, while in the Far East, China reaffirmed its established leadership, purchasing 63 million euro of Italian technology, 17.4 percent less than in 2018. Such decrease should be considered carefully and traced back to the increasing difficulties of Italian companies in their internationalization process and the improving technological expertise of local equipment manufacturers, which reduced the number of market niches that foreign manufacturers can access. In addition, the introduction of import duties penalized the Asian furniture industry, and consequently had a negative impact on technology demand.

In 2019, Australia purchased 38 percent fewer woodworking and furniture machines from Italy, with a total value of 20 million euro. Like Poland and other countries, also in this case the negative trend is largely due to very positive results in 2018, so the year under scrutiny is basically showing a process of market value stabilization.