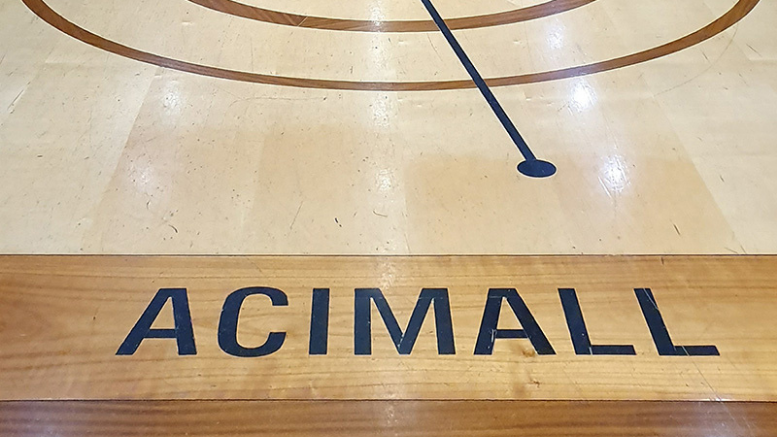 We are going through a very critical economic phase. Italy, just like the rest of the world, has experienced an unprecedented lockdown of most production segments. After reopening, consumption volumes have not gone back to end-2019 levels, when a period of weakness had already started. We are now facing an even more critical economic phase, i.e. co-existing with new consumer habits and new rules and constraints enforced by the enduring impact of the virus, until the sanitary emergency is over (hopefully as soon as possible) and we can finally start over at full steam.

Meanwhile, in this year 2020, many things have happened, both in the economy in general, and in our reference industry, woodworking technology. Let’s take a look at the current status of economy, and most of all the performance of the leading woodworking machinery manufacturers in the world’s top market in the first six months of the year.

The latest figures of Italian economy indicate that the third quarter will see a Gdp increase by 9 percent approximately, much smaller than the collapse recorded in the first and second quarter (minus 17.6 percent). So, activity is still compressed below pre-Covid levels. In 2020, Italian Gdp will decrease by 10 to 11 percent.

The industry is still moving slow. Production in July rallied as expected (plus 7.4 percent), but in August-September the trend will stabilize (according to Confindustria): this will bring a +20 percent performance in Q3, but still 10 percent below pre-Covid levels.

In August, consumer trust hardly improved and remained very low, while private consumption (down by 11.3 percent in the second quarter) will be affected by uncertainty and income loss.

On a global scale, export rallied in June (plus 14.2 percent), while remaining largely below pre-Covid levels (minus 15.0 percent). The rally was different in each industry and market: positive trend for food, massive drop in transportation, improving sales in Germany, China and Japan, expanding shrinkage in the United States. The outlook is still uncertain, as witnessed by the weakening trend of manufacturing Pmi foreign orders in August.

Employment is holding on. It increased in July (plus 85 thousand), but the overall result since February is still negative (minus 471 thousand). The number of active people seeking jobs keeps growing, after collapsing in the lockdown period. Employment will hold on until the end of the year, protected by an extensive use of layoff schemes.

Looking at the international pictures, the Eurozone is recovering but still uncertain. After deep recession (minus 11.8 percent in the second quarter) in all countries, Q3 figures showed signs of recovery, though weak and oscillating.

Conflicting signals for trade exchange: trade is improving in Europe, with a partial recovery of value chains in the continent. Asia is showing signs of weakness, instead.

The emerging countries are recovering. In August, the Chinese industry expanded for the fourth month in a row, also driven by export (plus 9.5 percent on an annual basis; this is also supporting employment. The manufacturing industry in Brazil, supported by a strong increase in orders, literally jumped ahead. Russia and India also recorded the first month of expansion.

Looking at the woodworking technology industry, and specifically the performance of the top three exporters (Italy, Germany and China), the trends are sometimes similar and sometimes different. The figures reported refer to the first quarter 2020.

Starting from the United States – the world’s top import market – the trend is very similar for Italy and Germany, both losing a bit less than 50 percent and respectively accounting for 59 and 88 million euro. On the contrary, the lockdown impact on China was lighter, losing “only” 17 percent points, down to 131 million. Chinese figures are based on local customs declarations, so this value might include a portion of products for semi-professional woodworking and hobbyists.

Back to Europe, Germany is one of the key destinations for Italian and Chinese manufacturers. Italy lost 17 percent, down to 46 million in the first six months of 2020, while Asian exporters maintained a stable sales level, at 84 million euro.

Among the main competitors, Poland recorded a similar reduction, though with totally different volumes. Germany exported a value of 62.4 million euro, down by 19.4 percent, while Italy stopped at 36.3 million, down by 13 percent. China cannot be aggressive enough, with only 7 million euro export (minus 13.5 percent vs. 2019).

The Asian giant is also a major destination for its two competitors. Also in this case, significant reduction was recorded, with Germany losing 27 percent and Italy 26 percent. However, the volume of flows is very different: 120 million euro for Germany, 25 for Italy.

The United Kingdom recorded reduction above average, with 20 million euro export from Italy (minus 30.9 percent) and a massive 45 percent loss for Germany (27.4 million euro). Smaller reduction for Chinese export, with 21.9 million euro and minus 17 percent.

Our review continues with Spain, a market that experience significant recovery in 2016-2018 but did not manage to avoid the negative impact of lockdown. Our country exported machinery for a value of 19 million, losing 39 percent, while Germany performed slightly better, losing 38 percent and selling for 22 million euro. The situation is different for China, which is remaining stable but with much less market penetration than its competitors (only 5 million in the period under scrutiny).

The most important market in Eastern Europe is definitely Russia, which had already shown serious critical factors before the lockdown for Italian manufacturers. Business reduction in the first semester 2020 was below the global average. Italy lost “just” 13 percent, exporting machinery for 14.5 million euro, while Germany stopped at 37 million (minus twelve percent). The Asian competitor also recorded a similar reduction (minus 14.5 percent), at 31.2 million euro. Back to North America, the Canadian market recorded significant shrinkage, especially for Italian export losing 30 percent and falling to 12 million euro. The sign of German export is even positive (17 million, up by 3.1 percent), while China performed relatively well, only losing nine percent, with 25 million euro export.

Let’s remain in the Americas, specifically in Brazil, suffering from serious crisis compared to 2008. In the period under scrutiny, Italy exported machinery for 7 million euro, down by 21 percent, while Germany reached 27 million euro. In this case, the percent variation cannot be considered a trend, as in 2020 there was a huge transaction of panel manufacturing plants that “inflated” the absolute value. China has minimum operations in Brazil, amounting to 3 million euro only. Let’s close with Australia, where Italy unfortunately recorded the worst performance, down by 36.4 percent at 6.5 million euro. Germany was stable at 10 million, while China lost 5 percent and stopped at 18 million.

These figures clearly show that Italy was strongly affected by the lockdown, which was stricter than in other countries where industrial production was not completely stopped. Another measure of the lockdown impact on our industry is given by two variables: machinery import from abroad and wood furniture export.

The first index gives an idea of domestic equipment consumption, and in the period under scrutiny, Italy recorded a 25 percent decrease. In detail, German supplies, accounting for 36 percent of the total volume, also recorded 25 percent reduction. The second partner country, China, lost 15 percent down to 11 million euro. Among the other supplier countries, Spain collapsed by 83 percent and, in line with the general trend, India lost 25 points at 4 million euro.

The second index is very important, as Italy is in the top-4 list of global furniture exporters. The absolute value of this variable is really important, as it underlines the meaning of the percent variation. On a global scale, Italian wood furniture export in the first semester 2020 amounted to 1.9 million euro, down by 21 percent. Such reduction is basically in line with the analysis of previous variables, though slightly improving compared to machinery export.

Looking at the most important markets, Poland is surprising, as despite the lockdown of Italian industrial production, recorded plus 29 percent, while the Dutch market limited the reduction to 4 point only.Among the most affected by the emergency, China lost 26 percent, while the UK and Russia recorded 30 and 35 percent decrease respectively. In North America, the Canadian market suffered significantly, losing 26 percent.

So, we have analyzed several markets and variables, getting the impression of widespread business shrinkage in all geographies and across the entire woodworking value chain. With reduction rates between 20 and 30 percent, we can say that the long period of industrial inactivity has strongly affected the final figures, although we should not forget that even before, at the end of 2019, the economy in general and our industry specifically was showing clear signs of crisis.

What can we expect in the coming months? The answer is not easy, but most market analysts agree that, once the situation goes back to normal, we will see a market rally and the most reactive industry will seize the best market opportunities. Therefore, the topic of digital transformation related to plants and staff is at the core of political initiatives and not only, because the big challenge will be in this area.