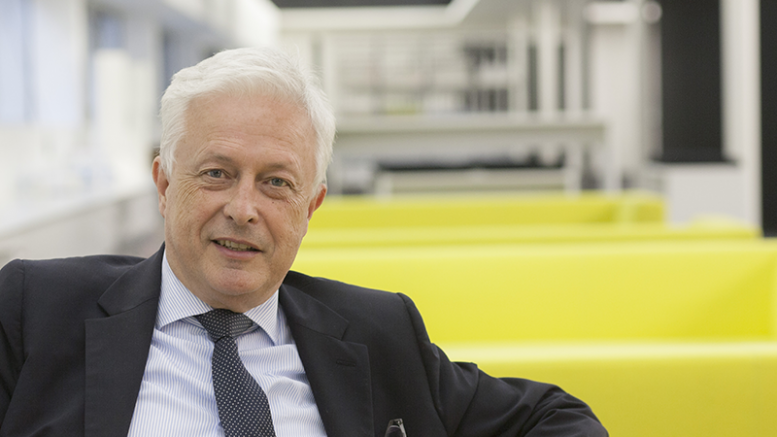 On June 29th, the European manufacturers of wood-based panels gathered in Dunblane, Scotland for their 2019 Annual General Meeting, generously hosted by Norbord Europe.

All attendees received a copy of the new Epf 2018/2019 Annual Report, the headline figures of which were presented during the meetings.  Overall the industry recorded a production growth during 2018 of 1.7 percent, led by increases on particleboard, plywood, hardboard and softboard.

During the General Assembly, Paolo Fantoni (Fantoni) was unanimously re-elected as Chairman of Epf for his third term from 2019-2021.  Bernard Thiers (Unilin) remains Vice-Chairman. In addition, Mārtiņš Lācis (Latvijas Finieris) will join the Managing Board of Epf as the new Chairman of the Plywood Product Group and successor to Guillermo Hernanz (Garnica Plywood), who retired from this position that he had held since the plywood manufacturers joined Epf in 2016.

For the Open Part of the General Assembly, Epf welcomed more than 100 attendees to a stimulating debate on the opportunities to grow the demand for wood-based panels in construction, in furniture, in packaging and in other applications.  It concluded that an increased use of panels would bring multiple benefits, whilst helping to achieve the shared vision of a climate neutral Europe in 2050.

The next Epf AGM will be held on 17-19 June 2020, in Berlin, kindly hosted by VHI, our German member association.